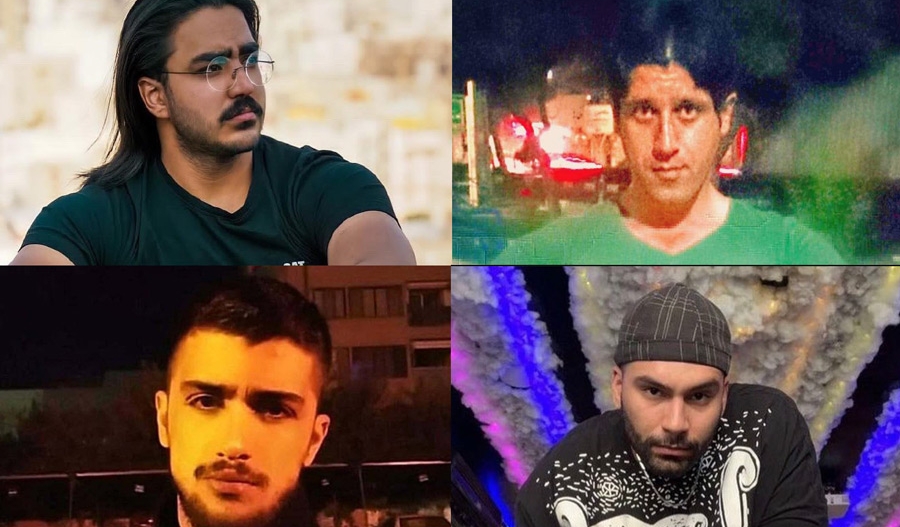 At least 26 people are at great risk of execution in connection with nationwide protests after Iranian authorities arbitrarily executed two individuals following
grossly unfair sham trials in a bid to instil fear among the public and end protests. Of the 26, at least 11 are sentenced to death and 15 are charged with capital
offences and awaiting or undergoing trials.

I am gravely concerned that at least 26 people are at grave risk of execution by the Iranian authorities following sham grossly unfair proceedings involving charges of “enmity against God” (moharebeh), “corruption on earth” (efsad-e fel arz) and “armed rebellion against the state” (baghi) in connection to the
nationwide protests.

At least 11 were sentenced to death, including Sahand Nourmohammad-Zadeh, Mahan Sadrat (Sedarat) Madani, and Manouchehr Mehman Navaz, who were tried separately before Revolutionary Courts in Tehran; as well as Mohammad Boroughani, Mohammad Ghobadlou and Kurdish rapper Saman Seydi (Yasin), who were tried in a group trial by a Tehran Revolutionary Court. Authorities have also sentenced to death Hamid Ghare-Hasanlou, Mohammad Mehdi Karami, Seyed Mohammad Hosseini, Hossein Mohammadi and an unnamed individual in a group trial of sixteen people for “corruption on earth” before a Revolutionary Court in Karaj, Alborz province. At least 15 others are also at risk of execution. They include Abolfazl Mehri Hossein Hajilou, Mohsen Rezazadeh Gharagholou, and Saeed Shirazi who have been tried on capital offences but there is no publicly available information on the outcome and status of their cases.

The 26 individuals have all been denied fair trials, including the rights to adequate defence and access to lawyers of their choosing; to be presumed innocent; to remain silent; and to receive a fair, public hearing. According to information available to Amnesty International, at least 10 of them, including Hamid Ghare-Hasanlou, Toomaj Salehi and Mohammad Ghobadlou were tortured and authorities used their torture-tainted “confessions” or those of others as evidence. State media also broadcast forced “confessions” of several defendants prior to their trials.

I urge you to immediately quash all convictions and death sentences, refrain from seeking further death sentences, and ensure that anyone charged with a recognizable criminal offence is tried in proceedings meeting international fair trial standards without recourse to the death penalty.
I urge you to release all those detained for peacefully exercising their human rights.
I urge you to provide detainees access to their families and lawyers of their own choosing, protect them from torture and other ill-treatment and investigate torture allegations, bringing anyone found responsible to justice in fair trials; and grant independent observers from embassies access to capital trials connected to protests.
Finally, I urge you to immediately establish an official moratorium on executions with a view of abolishing the death penalty.